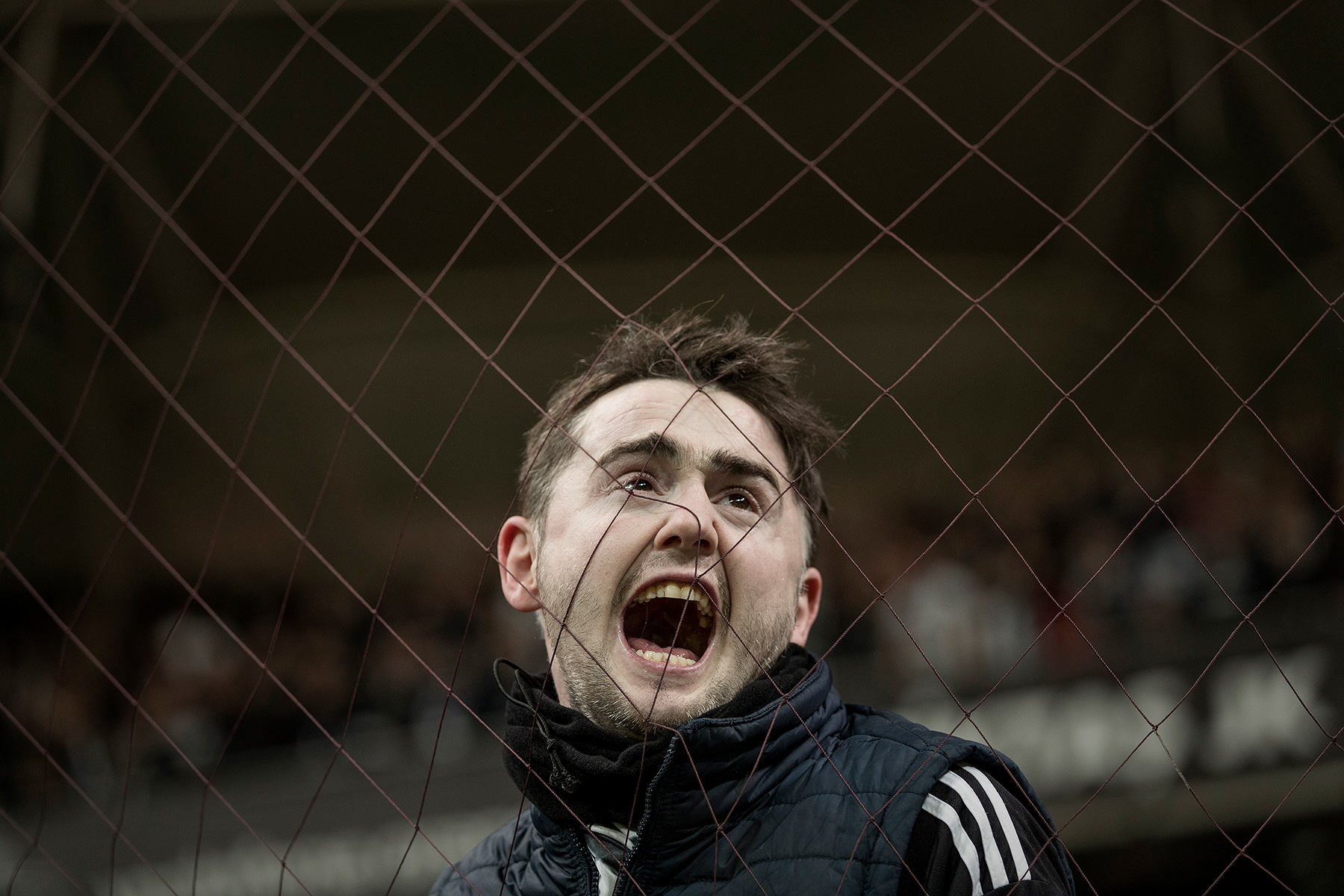 Besiktas supporters warm up in front of Besiktas Black Eagle statue before the UEFA Europa League soccer match second leg of the quarter-final between Besiktas JK and Olympique Lyonnais at the Vodafone Arena in Istanbul, Turkey on April 20, 2017. After the incidents during OL last matches against Besiktas and Bastia, UEFA threatened both clubs to two-years suspended exclusion of any UEFA competition when such incidents happen and a penalty of 100.000 euros. For the same reasons the match is played without Lyon supporters. Protests held over the past few days in Besiktas district after the results of the referendum. Most of Istanbul people voted against. Fraud is suspected as YSK (high electoral council) took the decision during the vote process to validate the unmarked ballots.