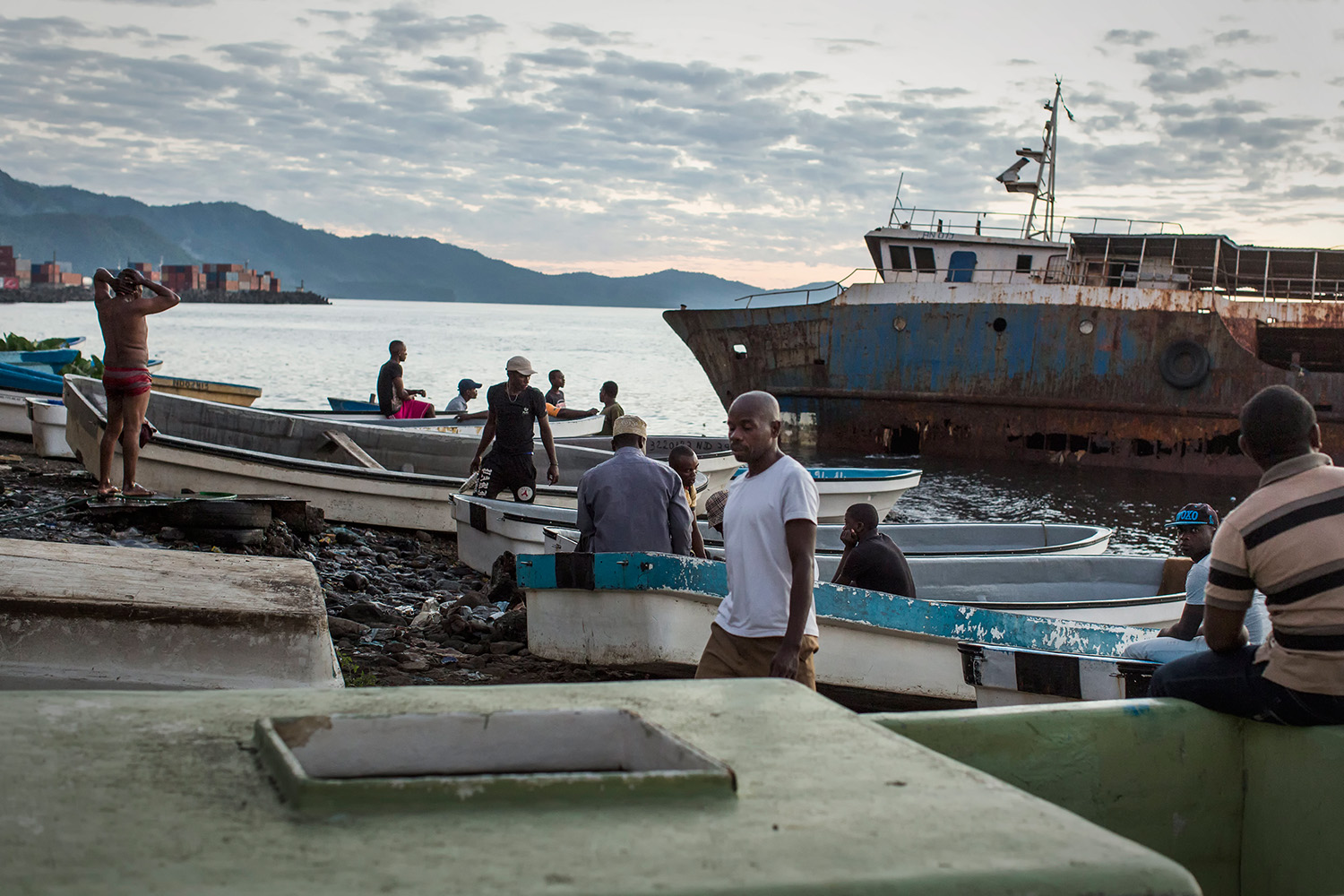 Fishermen on the coast of Anjouan Island on Wednesday, June 17, 2015. Mayotte is the only island of the Union of the Comoros that voted against independence in 1974. The island is admintrated by France and becomes a french department in 2011. Since 1993, the Comorians from Grande Comore, Moheli, and Anjouan must have a visa to visit Mayotte.